Tech Jobs that Make a Difference

is a job listing site specifically for technology positions at companies and nonprofits focused on making a positive impact on the world.

This idea was born out of the struggle to find positive for-profit and nonprofit tech jobs that fit my interests and are gaining an impact in an area I want to contribute to.

Seemingly multiple times over the last few years when I’m dipping in and out of a new existential crisis of meaninglessness, I’ll start Googling away to try and find a tech job/company/project that would be a good fit.

Spoiler alert, they’re surprisingly difficult to find. Most of the nonprofit companies aren’t competing with the job listing presence on popular developer/tech listing sites, and the for-profit jobs that are having a meaningful, positive impact in their industry aren’t gathered in one location.

That will probably be expanded upon and split into smaller groupings as I add more jobs and vibe out the space more. 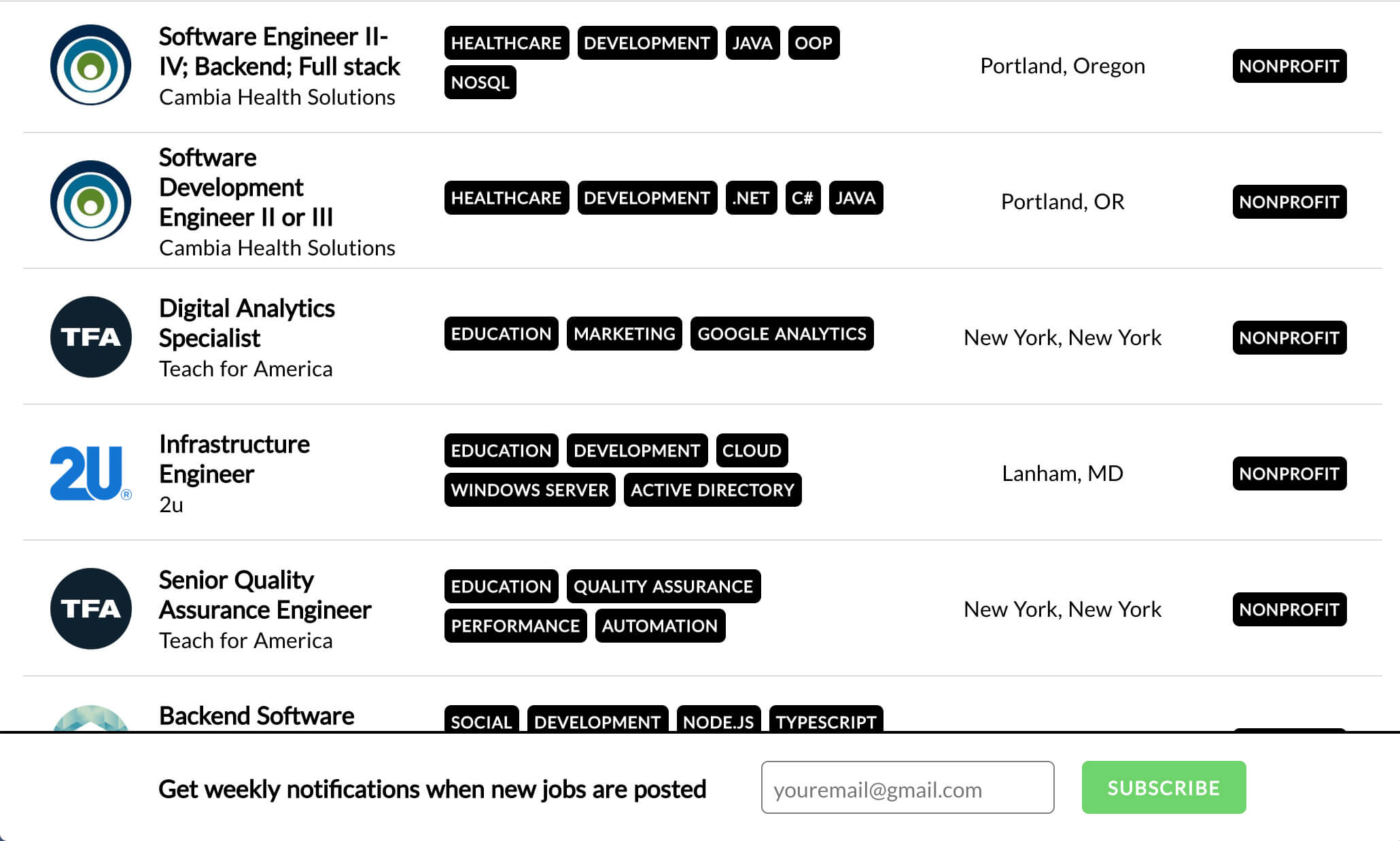 Currently the jobs are manually curated, I didn’t want to just scrape for a couple reasons.

First, the large job boards that would be worth scraping aren’t listing many of the company/job types I’m looking for.

Second, for the smaller companies I wasn’t sure if it was worth making a scraper if they’re only sporadically listing jobs, maybe a couple times a year.

Those were the original reasons, but not sure if that was a good call or not now that I’m at the end of the month. So i’ll look into it again soon and reassess after the launch.

Posting a job costs a one time fee. If this starts getting some listings, I'm wanting to play around with upsells for the display and pinning the job to the top of the list for a set amount of time.

It was fun using some new tools/platforms I hadn’t used before, specifically Cloudinary, SendGrid, and the Google Sheets API.

Probably the biggest snag I hit building the site was with handling the static generated content from Nuxt into Netlify and builds timing out because of the amount of pages being built and Netlify’s build time limit.

With the current set up it takes roughly 10 minutes to rebuild after a new job is paid/posted. This is one of the top backlogged items I’d love to get to after launch.